I keep being asked, “How powerful is the dairy lobby in Canada?”

Well the answer is, strong enough to cost you the leadership of the Conservative Party and to get you removed from your role as critic. Maxime Bernier has been removed from his role as shadow minister for innovation, science, and economic development.

When the announcement was made it was quickly assumed that this was over supply management. Despite claims by top Conservatives to the contrary that’s what this is about.

“He outright lied to caucus,” I was told by one senior Conservative. This source insists that Bernier had promised Conservative Leader Andrew Scheer and the Conservative caucus that his book was not being published and would never see the light of day.

Except last week, on June 5, Bernier posted chapter 5 of this book on his website.

A second senior Conservative confirmed this was Scheer’s reasoning for removing Bernier from his role of critic.

Replying to me via Twitter, Bernier said he didn’t release anything new, simply the chapter that was out months ago.

I just want to clarify one thing at this time. The chapter on SM posted on my website is THE SAME that was publicly available for weeks on my publisher’s website but was taken down when I decided to postpone the book indefinitely. There is nothing new, I did not “publish” it. https://t.co/UgddahPvyw

Titled “Live or die with supply management,” this is the chapter that caused the controversy back in April. It was this controversy that saw Bernier pull his book.

Andrew, along with several other candidates, was then busy touring Quebec’s agricultural belt, including my own riding of Beauce, to pick up support from these fake Conservatives, only interested in blocking my candidacy and protecting their privileges.

Now those comments could be seen as explosive and something to make Scheer angry, except they have been out there for months. As has this chapter.

This is stinky cheese.

No matter how you slice this stinky cheese, Bernier is being booted from his critic’s role for opposing supply management. Canadian politicians are lining up to pledge their undying loyalty to what amounts to a communist central planning system all because Donald Trump attacked it.

Well actually, all Canadian parties and all current and former elected leaders have paid lip service to supporting supply management. That doesn’t change the fact that it is a communist central planning system, but they all do support it.

Two prospective leadership candidates, one Liberal and one Conservative have challenged this status quo. Bernier for the Conservatives and Martha Hall Findlay for the Liberals.

Neither won their party’s leadership and both are seen as mavericks in their parties for opposing communist central planning.

Canada has just 10,951 dairy farms in Canada. Almost half are in Quebec. The dairy farm lobby throws around more than $100 million a year to lobby politicians and that seems to buy loyalty.

So does the threat of being targeted by this special group of farmers.

Dairy, poultry and egg farmers are the only farmers protected by supply management.

We could debate supply management until the cows come home and we probably will, but the really scary part is that 10,951 farmers get to decide who can be a viable politician and who cannot. Cross the dairy farmers and you are out, from official Ottawa anyway.

In a country of 36 million people, that fact should be an affront to anyone that loves democracy. 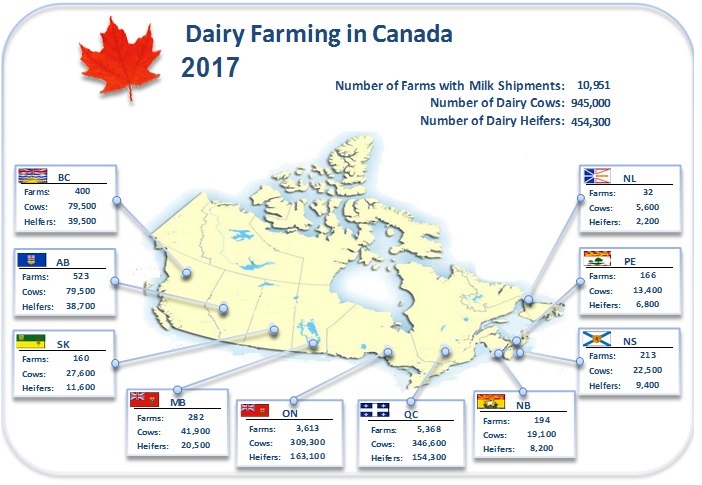 You may have heard that the latest public opinion poll from a major Canadian firm shows Justin Trudeau and his Liberals recovering ground they lost in the days and weeks after his trip to India. […]

October 21, 2018 Brian Lilley Canadian Politics Comments Off on One year left in Trudeau’s mandate and the tide turns to Scheer

The tide is turning to Andrew Scheer and the Conservatives as Justin Trudeau and his Liberals enter the last year of their mandate. The talk about the time of Trudeau’s win in 2015 was that […]

Justin Trudeau has spent a lot of time lately telling anyone that will listen that he is all for positive politics, that he opposes fear and division – not like those other mean and nasty […]