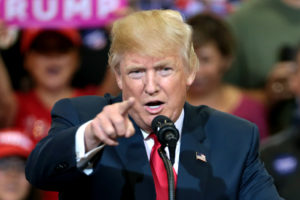 What Trump did was rescind an Executive Order from Barack Obama that allowed these people to stay in the United States without fear of deportation. Does that mean they are going to be kicked out?

No. As I explain the video below, Trump has given Congress 6 months to find a solution to this issue. Obama signed the Executive Order because he couldn’t get what he wanted passed through Congress, not only when the Democrats controlled both houses. Trump is telling Congress that this is their mess and they need to fix it.

Don’t understand why that matters? Watch and learn.