We have had more than 30,000 people cross the border illegally since Justin Trudeau’s ridiculous #WelcometoCanada tweet in January of 2017. As it stands now, Trudeau’s Liberals are more concerned with what we call the illegal border crossers than in stopping them from coming.

“I’m very concerned by Premier Ford and minister MacLeod really making statements that are difficult to understand when it comes to how they’re describing asylum seekers. These are people who we have a legal obligation to give a fair hearing to, and so we’re applying Canadian law, we’re applying international law and that requires all levels of government to work together,” Hussen told reporters the other day.

Yes, we are applying Canadian law. Yes, under international treaties that Canada has signed the people crossing the border illegally are entitled to due process and a refugee hearing.

None of that negates the fact that they are illegal border crossers.

For people that dispute that those coming across at Roxham Road on the Quebec-New York border are illegal, take a look at this photo of the sign posted there by none other than the Government of Canada. 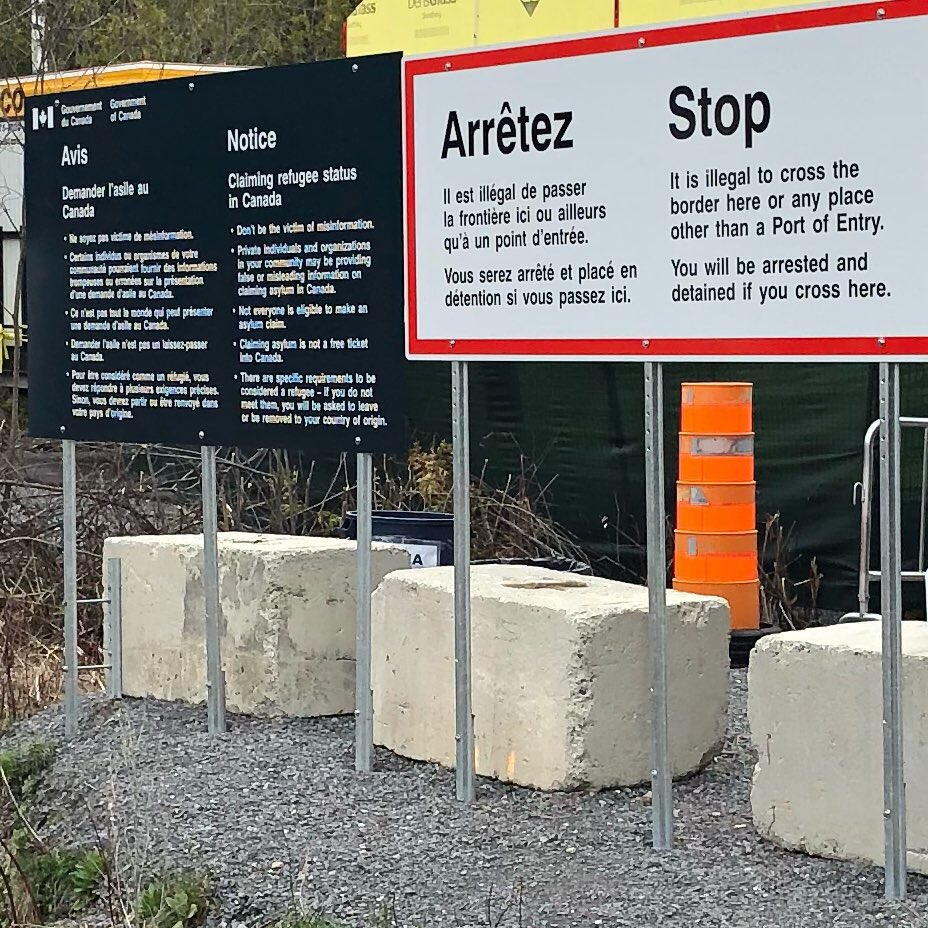 “It is illegal to cross the border here or any place other than a port of entry.”

In addition, RCMP officers warn those about to cross that it is illegal and they will be arrested if they do so.

So how does Minister Hussen dispute the idea that these people are illegal border crossers?

Well he can’t dispute the facts so he does what Liberals do, he goes on emotion. Hussen doesn’t like people that break the law being called illegal border crossers so he wants you to feel bad.

This is a curious strategy for a government that clearly doesn’t have a handle on the file.

It is that last point that is really driving this distraction over language.

While the headline was all about the language used, and that is where Trudeau and his people want the fight, this is really about money.

Immigration, refugees, asylum seekers, these are all exclusively federal jurisdiction.

Yet a lack of action, neglect really, by the federal government has resulted in huge costs by provinces and municipalities. Quebec said they spent more than $140 million last year on dealing with the illegal border crossers. Toronto has spent about $65 million on housing this year, so far.

Trudeau and company have offered up $50 million.

Ontario is demanding that the feds pay the full freight and has have asked for $72 million to cover costs.

“Ontario will always be a welcoming province to those who want to come to our country legally. There is a process, however, that is currently not being followed by illegal border crossers.”

There is no doubt that this a problem that was created by the feds, their own documents say so. That they will not pay for the problem that they created will result in a major political problem in Canada’s two largest provinces.

This issue is already huge in Quebec where they are dealing with the overwhelming majority of the illegal border crossers and it about to get huge in Ontario.

Do Trudeau and his Liberals really want to be pushing for more illegal border crossers and not paying for them at the same time?

At this point it appears so.

So what is Trudeau actually doing?

September 9, 2018 Brian Lilley Canadian Politics Comments Off on So what is Trudeau actually doing?

In my most recent column for the Toronto Sun, I looked at Justin Trudeau’s legislative record. It is thinner than you might think. For all his activist tendencies he hasn’t passed that many bills. I […]

Once upon a time, having a government department implement legislation before it passed Parliament would be considered contempt of Parliament. In Justin Trudeau’s Canada it is what is expected of senior civil servants. Trudeau recently […]

Justin Trudeau has spent a lot of time lately telling anyone that will listen that he is all for positive politics, that he opposes fear and division – not like those other mean and nasty […]