If you were to listen to the mainstream media you would think that Donald Trump was personally at the Mexican-American border stripping all the kids away from their families. You would also think this has never happened before. I mean, that’s what MSNBC’s Rachel Maddow says.

It has. It’s been going on for years.

In fact the most infamous photo that got this issue rolling was taken four years ago today, June 18, 2014. 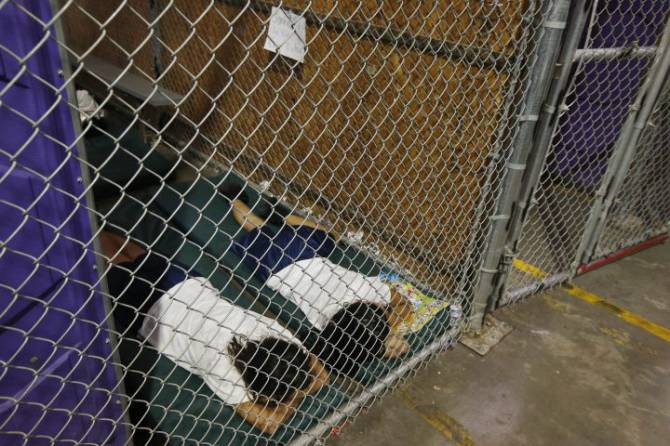 That ladies and gentlemen is what was happening during the Obama administration.

I’m not trying to give Trump a pass here or engage in,” well they did it too.” This is to provide context.

This border crisis is not new, it is not a Trump administration policy, in fact it is law that dates back to the 1990s. And for everyone that didn’t pay attention in civics class, laws are passed by Congress, not the president.

A big difference in media coverage.

So why wasn’t it covered back in 2014 but is now a topic of obsession? Well we all know the answer, this is a club to beat Trump with. Back in 2014, no one was paying attention.

David Martosko, politics editor for the Daily Mail’s American operations admitted that and called on his fellow journalists to fess up.

Political journalism needs a bit of housecleaning on this child border crisis. I’ll start. It was going on during the Obama years in large numbers. I never wrote about it. Was completely unaware, in large part because few reporters were interested enough to create critical mass.

A Democratic congressmen from Texas told CNN that the Obama administration tried to keep this quiet even as 70,000 children flooded across the border back in 2014.

Rep. Henry Cuellar also puts into context that some of the children held then and held now are coming across on their own, without parents or guardians. He also points out that some are entering the country with adults that are not their parents, a point the New York Times made in a report back in April.

Some migrants have admitted they brought their children not only to remove them from danger in such places as Central America and Africa, but because they believed it would cause the authorities to release them from custody sooner.

Others have admitted to posing falsely with children who are not their own, and Border Patrol officials say that such instances of fraud are increasing.

Of course all of this context is lost in a world where people just want to yell and scream about Donald Trump and blame him for everything.

A different standard for Trump than Obama.

Is the Trump administration putting a greater emphasis on enforcing the law? Yes, in response to a spike in arrivals of this type. Just like it appears Obama did in 2014.

Rich Lowry has an excellent explainer on how the law currently works and how Congress could fix this. Trump himself has said if Congress changes the law, as part of a border bill, he will sign it.

This is a sticky, complicated and messy situation. It is not a simple problem and it won’t have a simple solution.

But for everyone trying to peg this as all the responsibility of President Trump, well, that is fake news.

I’ll leave you with this video of a facility that houses separated children. See for yourself what it is really like.