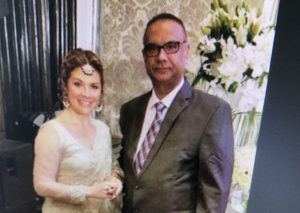 The story get curiouser and curiouser as Alice said in Wonderland. Apparently Justin Trudeau has fallen down the rabbit hole and wants us to follow him because he and his office can’t make up their minds as to what actually went down with the terrorist that was invited to dinner.

Because first it was the fault of a bureaucrat in India, then the fault of an Indo-Canadian MP from British Columbia, then the fault of “rogue elements” inside the Indian government. Then the would-be-assassin in question, Jaspal Atawal, claimed to be friends with Prime Minister Trudeau, and at that point they denied pretty much everything they had ever claimed before.

What is the truth with Trudeau, Atwal and this trip to India? Does he even know?

After the story broke that Trudeau had a man convicted of attempting to murder an Indian cabinet minister on Canadian soil on his invite list to a major dinner and reception in New Delhi. A man that had already been to a Trudeau reception in Mumbia and posed for photos with his wife and others, the PM tried to deflect from the story and claim this was all the fault of Canada’s High Commissioner in India.

When that didn’t work Trudeau blamed backbench Liberal MP Randeep Sarai and promised a conversation with the MP he refused to name while denouncing him.

Now Canadian Press has a story, as seen here at CTV News, where the PMO denies that anyone, ever, put forward the idea that Atwal’s appearance at a major reception in New Delhi was politically motivated, possibly by “rogue elements” in the Indian government.

Ahmad said the PMO never tried to advance such a theory.

“It is false what people have alleged, that this was somehow politically driven,” he said.

Except that it did happen.

Unless CBC and Global are lying, which is possible but doubtful.

As you can see clearly at this link CBC documented, without a hint of skepticism, that the invitation to Atwal was all part of a plot by rogue political elements inside the Indian government. Where would CBC get such an idea? Well from a senior official inside the Trudeau government.

A senior government official with knowledge of the prime minister’s security protocols is suggesting rogue political elements in India may have orchestrated the embarrassing invitation of a would-be political assassin to a formal dinner with Justin Trudeau in an attempt to make the Canadian government appear sympathetic to Sikh extremism.

This story was the result of outreach by Trudeau’s PMO to spin media outlets, detailed by David Akin of Global here, by putting forward a senior bureaucrat, one I believe to be National Security Advisor Daniel Jean, to spin reporters for Trudeau’s political gain.

In fact at his closing news conference Trudeau evaded the question about his government pushing this conspiracy theory. Given that I have slammed CBC for pushing it, full kudos to CBC’s David Cochrane for asking the PM about it. Although it seems that PM Trudeau has selective hearing.

So what in hell did happen? 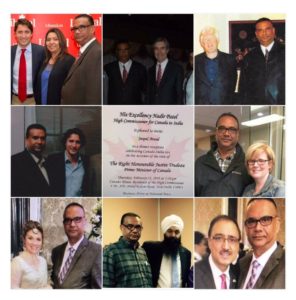 We also now have Atwal claiming that he is friends with Prime Minister Trudeau, that they even sat and had a long chat in Atwal’s Hummer many years ago. We’ve all seen the several photos of Trudeau with Atwal at various Liberal events and with several members of his cabinet and past leaders like Bob Rae and Michael Ignatieff.

But Trudeau denies this as well.

Soon I suspect he will deny he was in India at all. When that doesn’t work he will try to blame Stephen Harper, or Donald Trump or Russia. Anything but take responsibility for what was by any standard a disastrous trip.